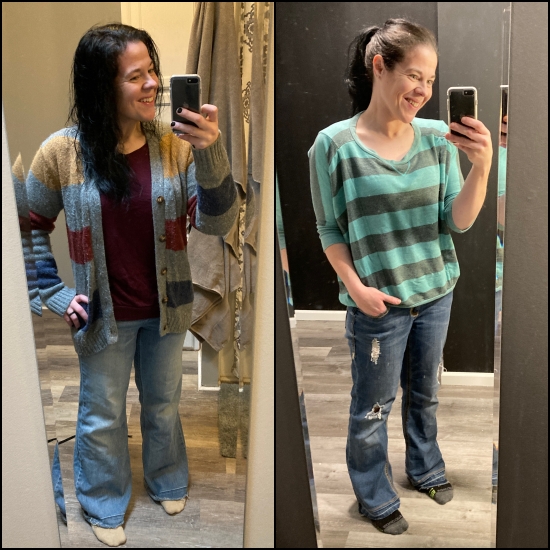 I dreaded opening my January 1st post of last year because I had completely forgotten what goals I had chosen to work on. The only thing I remembered was that I wanted to eat more fiber. Usually, it goes like this–I write down a few goals and then in the long run, I focus on one of them. Not ideal, but definitely better than nothing!

I am curious how I have accomplished the goals I set for myself a year ago. So, here they are… and my thoughts on them.

I started last year at 161 pounds and I *really* hoped to get down to 130-135, but I didn’t set a realistic goal. I planned to focus on eating more fiber instead of trying to cut things down.

Thoughts: I’ve definitely reached this goal! Well, by “of course” I really mean it, haha. I briefly got down to 125, but have gained 15 pounds since then. I wish I could say I was surprised, but I’ve never been able to do maintenance work. I will be happy if I can do that.

However, I never expected to make such a huge change in my diet. thorough! First, I started eating a lot more fiber and that alone made a huge difference in the foods I ate (healthy of course). Then in late January, I became a vegetarian for ethical reasons and it changed my diet dramatically (again, for the better). After going vegan for about a year, I feel better than ever – the biggest change is that I eliminated my chronic pain. I never thought this would be possible.

I also wanted to drink four liters of water every day and of course I failed. I did really well for a while, knowing that if I didn’t drink lots of water while eating so much fiber, I was going to get a stomachache. When I was running regularly, it was very easy for me to drink four liters of water every day; Several years ago, it was not unusual for me to drink even more than that! This is something I constantly need to work on because I always feel better when I am well hydrated.

Overall I think I succeeded in this goal. My weight is in a healthy range and my food choices are better than ever. Although I still need to drink more water.

Thoughts: It failed from the start. I’m not sure what happened – I don’t really want to go back and sift through your posts – but I only ran a few times in early January and sporadically since then. I did well in February and March, then a few weeks in August and in September.

Getting into a routine and continuing a good streak is the hardest part. It’s so easy to take off! Running three miles three days a week doesn’t take much time; There’s no reason I couldn’t do it (unless I was injured, I guess). I had a really tough time juggling a lot of things in 2022, and running wasn’t at the top of my priority list. Hopefully I can make it back this year! 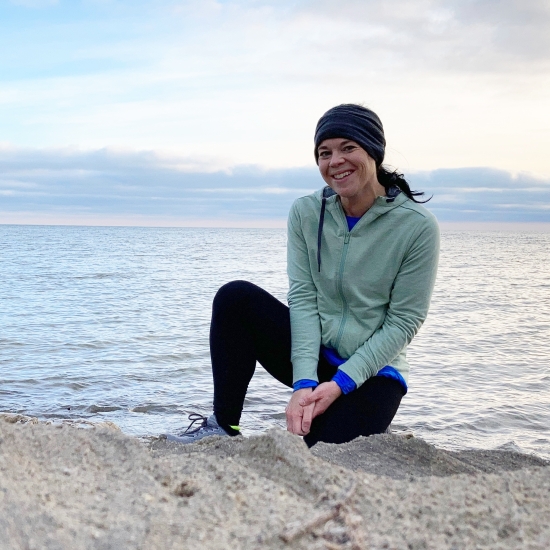 Thoughts: I was certainly more conscious of it, but I didn’t keep it in the front of my mind; I could have done better. I’m especially bad with physical touch, which is Jerry’s love language. It’s not that I cringe at the idea of ​​holding hands, hugging, kissing, etc., but I never think about it! It doesn’t cross my mind to do those things (unless it’s a habit like hugging and kissing him before he leaves for work). I really want to work on it–I want her to feel loved, even though I tell her off all the time.

I was definitely more aware of love languages ​​with my kids and I worked hard to practice them. The main focus was when they were talking to me so I made sure I ignored any distractions. If I was writing a blog post, for example, and they wanted to ask me a question or tell me something, I shut down my computer and give them my full attention.

5 Love languages ​​are a wonderful concept. If you haven’t read the book, I highly recommend it! It’s a short read and it really is life changing. (I wrote a review of the book here)

4. Despite chronic pain, start moving your body first thing in the morning.

Thoughts: I used to be inactive in the morning because that’s when my pain was at its worst. I had difficulty doing anything, especially walking or using my hands. This goal didn’t really come into effect until a few months later, once I realized my chronic pain was gone. I never would have believed that eating a vegan diet would get rid of my pain, but there’s really no other explanation.

I used to have a hard time getting out of bed–it was so painful trying to sit up and then standing up–but I don’t have a problem with it anymore. I wish I could say that I started my day by being active first thing, but frankly, I didn’t. I’m definitely productive, though– I don’t need to sit for an hour and a half before I can be active. I start my day early.

Thoughts: I’ve always been socially awkward and shy, so people skills have never been my forte. I wanted to learn how to make small talk and feel more natural when talking to people I don’t know.

I’m doing really well with this! To others, this may not seem like much; But I have been knowingly talking to strangers in public places (in stores, in waiting rooms, basically wherever the opportunity presents itself). I still overthink everything–I have to hype myself up to say something, but I always feel better after a conversation.

Overall, I consider this goal a success. I can keep working on it, but I’ve improved a lot.

Well, it really wasn’t that bad! Apart from the goal of my running, the goals could not be measured; So my results were more on a spectrum than a solid succeed/fail. I am very happy with what I did.

Next year, it will be interesting to see my goals for this year. Since I used the SMART method to set my goals, this would be a hit/fail result. That’s not to say I can’t improve, because I certainly can. But since goals can be measured, I may have either accomplished it or not. I guess we’ll find out in 12 months! ,

Iron Rich Foods – 8 Foods To Include In Your Iron Diet